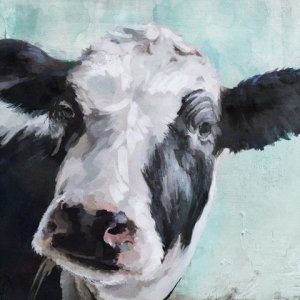 On Monday September 2nd John Ebbelaar beloved father of two children, passed away at the age of 81. John was born on September 4th 1937 in Amsterdam, Holland to Rhea and Gerard Ebbelaar, moved to Punnichy, Saskatchewan in August 1949 and finally settled in Sunnyside, Washington in April 1957.

In his early life he served his country in the Army and after the army he married Darlene Mason on October 1968.  They raised two sons, Frans and Klaas.  He later remarried in May 1995 to Pam Coleand they enjoyed traveling together and frequent trips to the casinos. He knew hard work from his days in Punnichy, being a dairyman, and starting Ebbelaar Livestock where he enjoyed transporting livestock statewide.

John was an avid Mariners fan and enjoyed a very rare steak, and I mean very rare.  You could always count on him having the game on the radio if it wasn’t on the TV and sending overcooked steak back to the kitchen.  He enjoyed reminiscing with the locals and wearing a pair of wooden shoes. If you knew John you knew he was never embarrassed to yell your name out from across the most crowded room or serenade you when you walked into a room. You could often find him at the local coffee shop or at his favorite watering hole, discussing topics of the day and maybe in the middle of a dice game. He was one of a kind, quick to be a smart’a and loved by many.

Viewing and visitation will be held on Wednesday, September 11, 2019 from 4:00 p.m.  to 8:00 p.m. with the recitation of the Holy Rosary at 6:00 p.m. at the Smith Funeral Home Chapel in Sunnyside, WA.  Mass of Christian Burial will be on Thursday, September 12, 2019 at 12:00 p.m. at the St. Joseph Catholic Church, Sunnyside. Burial with Military Honors will follow at Lower Valley Memorial Gardens in Sunnyside, WA. In lieu of flowers, contributions may be made to Yakima Valley Fair and Rodeo P.O. Box 27 Grandview, WA, 98930.Those wishing to sign John’s online memorial book may do so at www.funeralhomesmith.com   Smith Funeral Home in care of arrangements.