Share a memory
Obituary & Services
Tribute Wall
Read more about the life story of Carlos and share your memory.

Our beloved husband, father, brother, uncle and friend Carlos Candanedo Rodriguez, age 74, passed away at his home on Sunday, January 15, 2023 surrounded by family and friends.  Carlos was born on July 18, 1948, in a small town in northern Spain, San Juan De La Mata the son of Andres and Donina (Rodriguez Perez) Candanedo Nunez.  His education was cut short going to the 5th grade, he needed to work with his father on the family farm harvesting wine grapes, plums, cutting tobacco and hay. He decided to come to the United States in 1966 at the age of 18 with other sheepherders for the adventure and work.  He worked during the lambing season, then returned to Spain.  In 1970 Carlos settled in Washington where he drove truck hauling sheep and cattle, 40 plus years, for Martinez Livestock and Pat Iribarren. He married Dolores Martinez in 1971 and was blessed with two sons, Carlos and Andy.  Carlos continued to work for Martinez Livestock and Lenz trucking until he retired.  In January of 2010 Carlos met Marta Montero Flores and they were later married on June 25, 2010.  Carlos and Marta loved to travel to Costa Rica to visit family and friends. He loved his frequent visits to the Out Post for coffee and visiting with friends, especially Frank. Carlos cherished the barbeques at his home where he could visit with his trucking buddies. The time he loved the most was helping his two sons any way that he could, especially driving a truck.

Carlos is survived by his wife, Marta, two sons, Carlos Jr.Candanedo and Andy Candanedo (Martha) all of Sunnyside, WA.  One sister Mary Carmen of Spain. He is also survived by several nieces and nephews and sisters-in-law and brothers-in-law.

To send flowers to the family or plant a tree in memory of Carlos Candanedo Rodriguez, please visit our floral store. 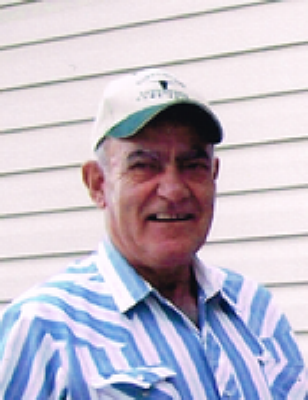