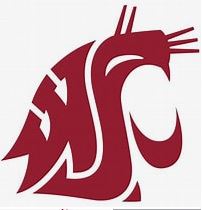 Dale Brian McLean, loving husband, son, brother and friend, passed away suddenly in a tragic vehicle accident, November 15th. He was born September 18th, 1964 to Boyd and Patricia McLean of Sunnyside.  Dale attended school in Sunnyside and graduated from Sunnyside High School in 1983. After high school, he attended Renton VoTech and later transferred to Washington State University, graduating with a degree in electrical engineering.

Dale married his high school sweetheart, Angela Romfo, in July 1988, and later they moved from Tri-Cities to Coronado, California where Dale was a civilian employee of the U.S Navy. He continued his education while employed and earned an MBA from the University of Redlands.

Angela and Dale’s son, Ethan, was born in Coronado in 1995, and later the young family moved to Bellevue, Washington where Dale was employed by Siemens as an ultrasound engineer. In 1998, Dale and Angela welcomed their daughter Brianna. Dale loved his children and Angela beyond measure.

Dale was an avid fisherman, loved golfing, the WSU Cougars, and his dachshund companions. Annual fishing trips with his dad, Boyd, and other family members were joyfully anticipated. He cared deeply for all people, and always was first to lend a helping hand. He volunteered regularly at the Jubilee Reach Center in Bellevue, was a member of Bellevue Presbyterian Church, and a participant in the men’s bible study.

Dale’s career in Washington included work at Siemens, Talyst, and Phillips in the medical device divisions, most recently heading up quality control at Siemens, in project management and quality engineering.

Family activities and outings with his family included playing on a softball team with Ethan, attending piano recitals, ballet recitals, carving Halloween pumpkins, attending McLean family reunions, summer vacations at Sunriver, accompanying Brianna on a trip to Cuba, and observing his children go on to higher education and employment.

Dale’s kind and generous heart will be remembered by all who knew him. He was proceeded in death by an infant sister Teresa McLean. He leaves behind his wife of 33 years, Angela, and their children, Ethan (Allie) and Brianna. Also surviving and mourning his loss are his parents (Boyd and Patricia McLean), sisters Deb Ward (Vic), Phyliss Bopray (Pat), brother Chip McLean (Stacy), and many cousins, nieces, nephews, and the family of Angela (Bruce and Peggy Romfo) and sister-in-law Dana Wooster (Jamie).

Celebration of life services are scheduled at 2:00 p.m. Saturday, November 20th at  theSunnyside Presbyterian Church located at 737 S 16th Street Sunnyside, WA 98944. In lieu of flowers donations may be made to the Sunnyside Presbyterian Church (PO box 373) or charity of personal choice. Online memories and condolences can be shared at ww.funeralhomesmith.com   Smith Funeral Home in care of arrangements.

To send flowers to the family or plant a tree in memory of Dale Brian McLean, please visit our floral store.