Read more about the life story of David and share your memory.

David John Flores, age 42, went to be in the arms of his Heavenly Father on Tuesday, November 22, 2022.  David was born on March 22, 1980 in Kennewick, WA, the son of Patricia Royce and Edelmiro C. Flores. He received his education in Sunnyside, WA. Graduating with the class of 1998. David worked as a laborer in construction until due to failing health was forced to retire.  He enjoyed the outdoors, golfing, fishing, riding his motorcycle and spending time with his  dog, Rico.

A Celebration of Life will be held later. Those wishing to sign David’s online memorial book may do so at www.funeralhomesmith.com   Smith Funeral Home is in care of arrangements.

To send flowers to the family or plant a tree in memory of David John Flores, please visit our floral store. 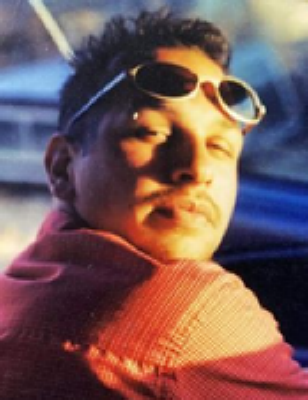 You can still show your support by sending flowers directly to the family, or by planting a memorial tree in the memory of David John Flores
SHARE OBITUARY
© 2022 Smith Funeral Home. All Rights Reserved. Funeral Home website by CFS & TA | Terms of Use | Privacy Policy | Accessibility