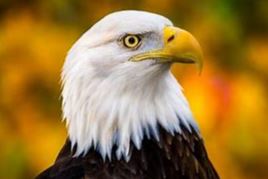 Everardo (Lalo) Valle, 83 , loving husband, father and grandfather of Grandview Washington passed away peacefully, Tuesday February 16, 2021 at his home surrounded by his family.  After a battle with Heart and Kidney failure.

Lalo migrated from Mexico to Texas and In the 1960’s to Washington with his family working in agriculture. It was there on a strawberry farm in Burlington, WA where he met the love of his life, Jesusa (Susie) Hernandez of Satus, WA. They would soon be married in Toppenish, WA on November 14, 1964.

Lalo and Susie migrated throughout Central Washington, finally settling down in Mabton, WA in 1973 and making Grandview WA their final home in 1997 until Lalo’s death. He was employed with Gannon and Son, Inc. until 1979 and then began working at Twin City Foods in Prosser, WA until his retirement in 2007.

Lalo loved to garden and grow tomatoes, cucumbers, jalepenos, and just about any other friuit and vegetables under the sun. He was a skilled irrigator, a passion he picked up from working at Gannon and Son. He also loved spending time with his grandkids, always taking them on adventure on a weekly basis. Visiting family and friends was also second nature to him. He seemed to always know someone everywhere he went.

The last remainder of his years he spent his time taking great care of his wife Susie and the family pets Charlie and Chaos. He was always keeping himself busy and staying active. He enjoyed listening to Country and Spanish music during his free time. Johnny Cash was a staple in his music collection.

Lalo is survived by his wife Susie of 56 years with whom he had two 2 children Victor (Esther) Valle of Benton City, WA and Andrea Valle of Grandview, WA.  5 grandchildren, Jimmy Saliaz Duran, Victor Valle Jr., Michael Valle, Nicholas Valle and Alicia Valle.  He is also survived by one brother Julian (Joyce) Valle of California and two step sisters Bertha Valle of Texas and Amparo (Jorge) Guerrero Valle of Virginia and step mother Paula Valle of Texas.  As well as by several great-grandchildren and a huge handful of nephews and nieces.

Lalo is preceded in death by his parents Luciano and Andrea Valle, sister Aurora Gamez, and brother Jesus Valle.

Viewing and visitation will be held on Thursday, February 25, 2021 from 4:00 p.m. to 8:00 p.m. with Recitation of the Holy Rosary at 6:00 p.m. at the Smith Funeral Home, Sunnyside, WA.  Funeral  Service will be on Friday, February 26, 2021 at 10:00 a.m. at the Smith Funeral Home, Sunnyside, WA.  Burial will follow at the Elmwood Cemetery in Toppenish, WA.  Those wishing to sign Lalo's online memorial book may do so at www.funeralhomesmith.com

To send flowers to the family or plant a tree in memory of Everardo "Lalo" Valle Espinosa, please visit our floral store.