Read more about the life story of Gay and share your memory.

GAY ROSKAMP      December 10, 1930  -  November 15, 2022      Born in Andijk, Holland, Grietje Vriend grew up in a family of eight children, emigrating with them to the U.S. shortly after World War II.  The family settled in the Lower Yakima Valley where the climate was suited to their bulb farming.  The Bert and Anna Roskamp family in Outlook, Washington was instrumental in helping them find their home and farm.  The curly-haired redhead did not escape the attention of their son and very eligible bachelor, Herman Roskamp, and they were married in 1952 after a courtship largely conducted while Gay (her American name) was being treated for tuberculosis for two years in a Selah sanitarium.

Herman and Gay bought a home and farm close to both sets of parents and kept busy, raising five children and a variety of crops, from mint and sugar beets to vegetables, apples and wine grapes.  Gay was a devoted member of the Sunnyside Christian Reformed Church, leading Bible studies, serving on various committees, welcoming new members and helping to settle several families from Laos.  She spear-headed Project Reach Out in 1971, which remains active today.  This group of volunteers makes quilts for the needy as well as for sale, with proceeds donated to World Renew, a global relief organization.  She also was very active in the Sunnyside Christian School, which Bert Roskamp helped to establish.

Gay had an eye for beauty, a heart for those in need and hands that never ever tired of work.  Full of creative talent, she also had the wisdom of a sage. She was known for her hospitality – one could not leave her home without a cup of tea or coffee and a speculaas cookie.  She showed interest and concern for anyone she met, especially those in need.  She was an avid gardener, and delighted in spending time outdoors.

Having grown up during the Depression and occupied Holland during World War II, she was resourceful and self-reliant.  She maintained a beautiful home and gardens, canning and freezing all the fruits and vegetables needed to feed her family and share with others.  She sewed most of her children’s clothes, could knit, crochet, embroider, paint, decorate, refinish furniture, reupholster…you name it, she taught herself to do it.  In addition, she taught ESL, worked as a designer in a floral shop, created the plans for remodeling their first home and later, their dream home on top of Snipes Mountain.

The family wishes to give a special thanks to Gay’s caregivers during the recent years of her life: Kim Sternitzky, Virginia Molina, Lisa Ricon and Michelle Kiddy.  They were very kind and caring; they gave sacrificially to enrich her life. They treated Gay like a queen.

She will be reunited in heaven with her husband Herman of 50 years, her parents Klaas and Pietertje Friend (Wagenaar), her sister Ann Drenth, brothers Nick, Clarence, Jan and Gerard Friend.

Viewing and visitation will be held on Friday, November 18, 2022 from 3:30 p.m. to 6:30 p.m. at the Smith Funeral Home, Sunnyside, WA.  Graveside Service will be held on Saturday, November 19, 2022 at 10:00 a.m. at the Lower Valley Memorial Gardens, Sunnyside, WA with a Celebration of Life Service to follow at 11:00 a.m. at the Sunnyside Christian Reformed Church. Those wishing to honor Gay’s memory may contribute to Project Reach Out or Sunnyside Christian School. Those wishing to sign Gay's online memorial book may do so at www.funeralhomesmith.com   Smith Funeral Home, Sunnyside is in care of arrangements.

To send flowers to the family or plant a tree in memory of Gay Roskamp, please visit our floral store. 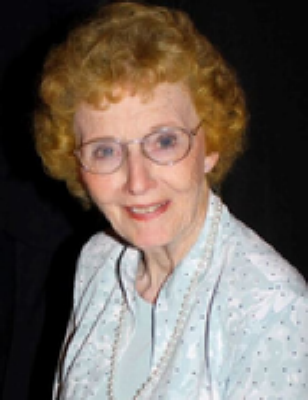