Share a memory
Obituary & Services
Tribute Wall
Read more about the life story of James and share your memory.

James Joseph Alderman, age 39, passed away on Monday, January 9, 2023 at his home in Yakima, WA.  James was born on April 7, 1983 in Prosser, WA the son of Christina (Hill) and Clayton (Sid) Sidney Alderman.  He received his education in Sunnyside, graduating with the Class of 2001.  Following his education James began his working career with Sun Steel, Valley Manufacturing, Columbia River Steel and was currently working for Mountain States Construction. In his spare time James enjoyed fishing, camping, and spending time with family and friends. He would always be seen with a smile on his face and doing what he could to make people happy. He could often times be found reading his Bible and had strong relationship with his faith.

James is survived by his parents, Clayton (Sid) and Christina Alderman of Sunnyside, WA.  One daughter, Ashlynn Kay Alderman of Richland, WA and Grandfather Albert “Bert” Hill of Post Falls, Idaho. He is also survived by his brother and sister as well as numerous nieces, nephews, aunts, uncles, and cousins.   He is preceded in death by is son Dylan James Alderman 2003, Grandmother Ila Lucille Hill 2001 and grandparents James Joseph and Martha Alderman.

Celebration of Life will be held on Monday, January 16, 2023 at 1:30 p.m. at the Smith Funeral Home, Sunnyside, WA. Those wishing to sign James’ online memorial book may do so www.funeralhomesmith.com   Smith Funeral Home is in care of arrangements.

To send flowers to the family or plant a tree in memory of James Joseph Alderman, please visit our floral store. 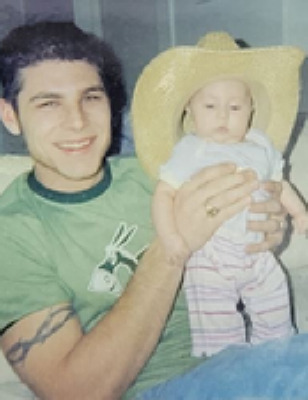