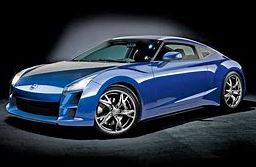 John Burton, 67, of Sunnyside, WA passed away suddenly on Friday, November 19, 2021 at his home in Sunnyside.  John was born in Inglewood, CA the son of Anna Louise (Crumrine) and John Russell Burton. He not only received his education in CA but also spent many hours of enjoyment on the sandy beaches, enjoying the sunshine and becoming a genuine California surfer. In 1972 John with family moved to Sunnyside where he completed his senior year and graduated. John then attended a printing trade school in Seattle, WA to follow in the family legacy of printing. John returned to Sunnyside, WA to operate Sunnyside Print Shop from 1975 to 1996. On May 3, 1980 he married Pamela Embree in Sunnyside,WA.  John later worked for the Sunnyside Daily News for sixteen years until he retired.

He and Pam spent many hours and rode many miles on touring bikes throughout the Yakima Valley. During the winter White Pass was a favorite place to snow ski. They also love camping and RVing. But most of all while driving a fast car (Z-Car) and the wind in his hair John was at his best.

John is survived by his wife, Pamela Burton, Sunnyside, WA. One son, John Ryan Burton and friend, Jasmine Johnson and her children Abbi and Junior, Sister-in-law Dena Holroyd of Sunnyside, WA, nieces Jenna Holroyd and Danielle Holroyd and great niece Cecilia Saucedo. He is also survived by his canine companion Beau. He is preceded in death by his parents, Anna and John Burton and a canine companion Behr.

Viewing and Visitation will be held on Tuesday, November 23, 2021 from 4:00 p.m.  to 6:00 p.m. at the Smith Funeral Home, Sunnyside, WA. Graveside service will be held on Wednesday, November 24, 2021 at 11:00 a.m. at the Lower Valley Memorial Gardens, Sunnyside.  In lieu of flowers those wishing to honor John’s memory may contribute to the Yakima Valley Humane Society. Those wishing to sign John’s online memorial book may do so at www.funeralhomesmith.com

To send flowers to the family or plant a tree in memory of John Burton, please visit our floral store.