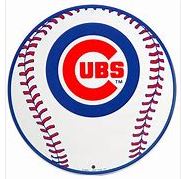 Linda Kay Johnson, age 74, passed away on January 2, 2021 at the Cottage in the Meadow.  Linda was a long time Yakima valley resident.

Linda Kay Leonard was born in Picher, Oklahoma on July 2, 1946 to Donald and Mildred (Metheny) Leonard.  When she was a young girl, her family moved out west, settling in Sunnyside, Washington.  Linda grew up in Sunnyside, the youngest of 4 sisters, graduating from Sunnyside High School in 1964.

On August 14, 1965, Linda married Leonard Johnson of Grandview.  They raised their children, Angie Meloy and Mitchell Johnson in Sunnyside.  After her retirement, they moved to Yakima where they have lived for almost 20 years now.

Linda worked for the Department of Social and Health Services for over 30 years in several different roles before her retirement.  She really enjoyed her job, especially her co-workers, who were like family to her.  After her retirement, Linda and Leonard enjoyed traveling to Arizona in the winters and meeting many new friends there.  She most cherished her time with her family, including her children, her grandchildren, Erin and Ranne Meloy, and her son in law and daughter in law, Randy Meloy and Grace Johnson.  They enjoyed playing games and watching sports together, especially the Cougs and her beloved Cubbies.

Linda is survived by her husband of 55 years, Leonard Johnson, and her children, Angie Meloy and husband Randy and Mitchell Johnson and wife Grace, as well as her grandchildren Erin and Ranne Meloy.  She is also survived by her sister, JoAnn Vawter, and numerous nieces, nephews and other family members and many friends.  She is preceded in death by both of her parents, as well as her sisters Donna Stevens and Darlene Johnston.

The family is planning a graveside service at Terrace Heights Memorial Park in Yakima at a later date.  Those wishing to sign Linda’s online memorial book may do so at www.funeralhomesmith.com.  Smith Funeral Home is in care of arrangements.  The family would also like to thank all who cared for her through her illness, especially those at North Star Lodge and the Cottage in the Meadow.

To send flowers to the family or plant a tree in memory of Linda K Johnson, please visit our floral store.

You can still show your support by sending flowers directly to the family, or by planting a memorial tree in the memory of Linda K Johnson
Share a memory
© 2021 Smith Funeral Home. All Rights Reserved. Funeral Home website by CFS & TA | Terms of Use | Privacy Policy