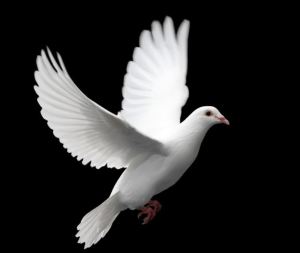 Patricia June Beierle was born to James Lee “Jim” McDonald and Fleeta Jane (Hogsed) McDonald on June 27, 1940 in Flippen, Arkansas. Patricia passed away peacefully on January 1, 2021 in Prosser at the age of 80.

Patricia (Patty, Pat) was the first-born of six girls. She attended the first grade in Flippen, and her family moved to Washington shortly after. They lived in numerous houses around Mabton and Satus, and eventually settled in the Sunnyside/Mabton area. Pat continued school in Mabton, then later transferred to Grandview where she graduated high school in 1958.

While attending school, Pat worked for the Topper Drive-Inn in Sunnyside where she met the love of her life, Lenard Beierle Sr. on a blind date. The two of them were married on June 10, 1958 at her parents’ home in Mabton. They were married for 52 years.

Lenard and Pat established their first home in Halfway, Oregon, later moving to Hardin, Montana and Outlook, Washington, then eventually settling down in Prosser in 1969. They had five children: Kevin, Steven, Virginia “Ginger”, Lenard Jr. “Red”, and Sandra. Pat started out working for Prosser Pack (Twin City Foods) when they moved. Lenard and Pat later opened B&B Equipment, Inc. in Prosser in 1972, where they owned and operated the business for many years.

Pat was baptized and confirmed at Calvary Lutheran Church in Sunnyside. She was a member of Messiah Lutheran Church in Prosser, where she participated in the alter guild and choir. She thoroughly enjoyed camping and taking trips to the coast, along with listening and dancing to music played by Lenard’s band. She opened her home to many foster animals later in life and felt an instant attachment to any dog she came across. Most of all, she loved spending time with her family and friends. Pat was a loving wife, mother, grandmother, great-grandmother, sister and friend who will be greatly missed.

A viewing will be on January 8 from 3-6pm at Smith Funeral Home in Grandview. A private funeral and graveside service will be on January 9. Special thanks to Sun Terrace in Prosser and their amazing staff, especially the memory care unit. We are also very thankful for Heartlinks Hospice staff (Carla, Jennifer, Chaplin Jim) for their wonderful, loving care.

In lieu of flowers, donations can be made to Heartlinks Hospice (3920 Outlook Rd. Sunnyside, WA 98944) or Messiah Lutheran Church (801 Luther Ln. Prosser, WA 99350). Those wishing to share memories or sign Patricia’s online memorial book may do so at www.funeralhomesmith.com.

To send flowers to the family or plant a tree in memory of Patricia "Pat" June Beierle, please visit our floral store.