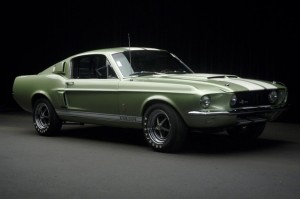 Peter “Pete” Ortega Sr., age 71, was tragically taken away from us on Monday, May 18, 2020 due to injuries sustained in an automobile accident. Pete was born on April 29, 1949 in Mabton, WA the son of Aldegunda (Urbano) and Juan Ortega.  Pete received his education in Mabton and graduated with the Class of 1967. On November 27, 1967 he married Sara (Lopez) in Mabton, WA until the time of her passing on June 29, 2007. In 2012 he met Maricruz (Garcia) and they were married on January 20, 2017 in Sunnyside, WA. As a child Pete worked beside his father and siblings for many hours doing field work for various farmers in the valley. Pete later worked for the Ford Motor Company and MC Machinery for many years. To complete his working career he with his brother, Joe refereed many basketball games in the Yakima Valley for years. Pete loved working on classic cars with his brothers Santos and Joe, and attending car shows together; he never missed a Seattle Seahawk game and spent many hours at the Sunnyside Eagles dancing to Tex-Mex music with his wife and friends. Each morning was spent having a cup of coffee and sharing breakfast with his brother, Joe and best friend, Cris Gonzalez. Pete built his dream man-cave and that’s where he would work on his cars and share life experiences with whoever was in his presence. Pete was a man who loved being involved with his community, a member of the Greater Mabton Association, Miss Mabton Pageant, the construction and pulling of the Mabton float in the parades with his truck.

Viewing and visitation will be held on Thursday, May 28, 2020 from 4:00 p.m. to 8:00 p.m. with the recitation of the Holy Rosary at 6:00 p.m. at the Smith Funeral Home in Sunnyside, WA. Funeral Services will be held on Friday, May 29, 2020 at 11:00 a.m. at the Smith Funeral Home in Sunnyside, WA. with burial to follow at the Mabton Cemetery in Mabton, WA. Those wishing to sign Pete’s online memorial book may do so at www.funeralhomesmith.com.   In honor of Pete’s memory please send a plant or flower that can be replanted in his memory. Smith Funeral Home is in care of arrangements.

To send flowers to the family or plant a tree in memory of Peter "Pete" Ortega Sr., please visit our floral store.