Share a memory
Obituary & Services
Tribute Wall
Read more about the life story of Rita and share your memory.

Rita Smith passed away on Friday, January 20, 2023 in Logan, Utah at the home of her daughter where she had been residing for the last three years. She passed peacefully surrounded by her family.

Rita was born in Craigmont, Idaho on July 12, 1933 to Stephen Samuel and Vera Vesta (Crow) Murphey. She was the sixth of seven children, being born just shortly before her twin sister Lita. She grew up in Craigmont until the family moved to Sunnyside, Washington before moving to Prosser, Washington where her father and two friends started the ACM Feed Store. She attended Prosser Senior High School where she was the third in her family to graduate. She played the Coronet in the Prosser High School Band and worked at the Princess Theater where she met the love of her life, Ray Smith, they were married June 3, 1951 in Prosser, Washington.

Soon after they were married, they moved to Alaska where Ray worked on the railroad. Their eldest son was born in Alaska. Not long after this they moved back to Prosser, Washington where Ray went to work at the ACM Feed Store. In the next several years they added another son and four daughters to their family.

The family joined The Church of Jesus Christ of Latter-day Saints in 1967. She was active in the Church serving in many callings through the years. Rita and Ray served a mission for the Church at Martin’s Cove in Wyoming.

Rita enjoyed crocheting, quilting, oil painting, hunting, fishing, camping and picnicking with her family, genealogy and serving in the temple.

Funeral services will be held at The Church of Jesus Christ of Latter-day Saints in Prosser on Saturday, January 28th at 11am with a viewing before the funeral from 9 to 10:30 am. There will be a family viewing at Smith and Smith Funeral Home in Sunnyside, WA on Friday, January 27th from 6 to 8pm.  Those wishing to sign Rita’s online memorial book may do so at www.funeralhomesmith.com   Smith Funeral Home is in care of arrangements.

To send flowers to the family or plant a tree in memory of Rita Smith, please visit our floral store. 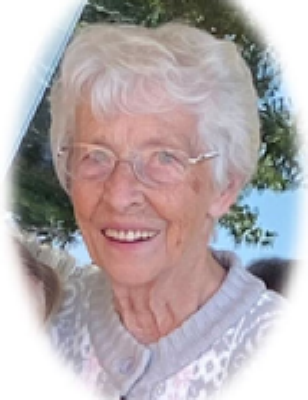